Large country house, built mainly in the second half of the 19th century in the Tudor style. The interior still has all its original features including extensive oak panelling, oak staircase, ornamental plasterwork to ceilings and walls, fine chimneypieces and working open fireplaces in nearly every room. There are some early electric lights and radiators, also original to the house. Some rooms are in the Tudor style but others are neo-classical in decoration. The ground floor has a drawing room, dining room, study, library and billiard room. There are 8 bedrooms and 2 bathrooms. The house is furnished mainly with antiques in keeping with its character.

The house sits within 12 1/2 acres which were laid out in the late 19th century and contain many large specimen trees from this time. There is a lake, with island, cut turf labyrinth, parterres, borders, rose garden, ornamental swimming pool, plus many statues and gazeboes. There is space to park multiple vehicles in front of the house. 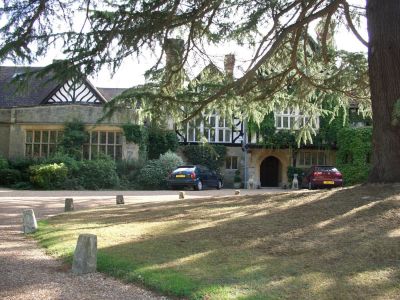 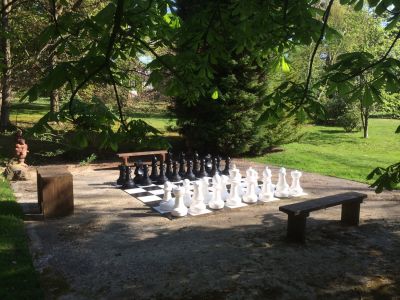